In 1963, in the so called „Bercsényi Kollégium”, the dorm of the Architecture Faculty at the Budapest University of Technology, a journal was founded. It soon outgrew the borders of the dorm’s publicity, and became one of the most dominant architectural and art journals in the socialist Hungary.

This journal is called B2830, and it presented expansively architectural and art topics in its 24 year long history, while it also documented the social and art life of the Bercsényi Kollégium. Many other publications and issues were made in the dorm under the name of B2830, that represented authors and ideas that were rarely available for students and architects before the fall of communism, such as Aldo Rossi translations, the Soviet avantgarde, works of Kisho Kurokawa or theoratical publications of the postmodern architecture. After the change of the regime in Hungary, the B2830 journal was quickly forgotten, and its heritage is now handled by the Advanced Architecture College. 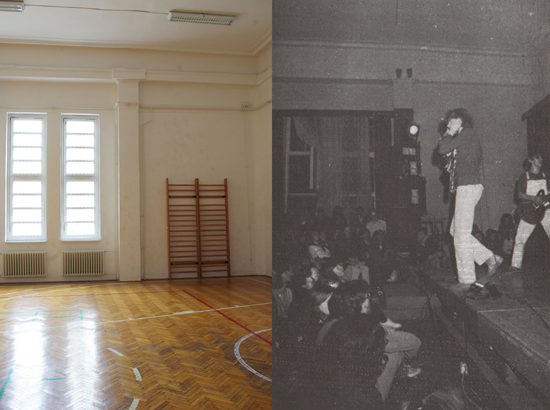 In 2013, 50 years after B2830 was founded, a new journal was born in the Bercsényi Kollégium, surrounded by a majorly different architectural, cultural and political environment. Its aim is to find new possibilites in the Hungarian architectural publication and thinking.

Now the Bercsényi Kollégium has a highly different role in the cultural life of Budapest, but the building remains the same as a memento of the ’old times’. The new annual magazine, Strike is called to life in this building, to represent and position the thoughts of architects and other delegates of the culture about architecture, city and urban culture at an international level.

RSS
This entry was posted in Blog. Bookmark the permalink.